Americana Radio PromoContact About Us
"Americana Music--Keep It Real"
"Oh yeah, that's what it's all about alright, but saying it and doing it are two different things!"
If you landed here by accident then you probably need to go get a cup of coffee, because the “About Us” page is a bit of a story.
Our reputation at Americana Media Production is we aren’t afraid to go the distance for our clients. We have fought to level the playing field for the independent artist and continue to work everyday to keep this the format real.
Our commitment and passion for this music is unmatched by any of our competition.
I started on radio in 1996 on a station in NJ called WDVR. When I started I had a show called “The Sunday Night Revival” and got permission to create a two hour show called “HepCats and Neon Armadillos” playing something called “Americana Music”, which grew to a 3 hour show. I was chairman of the Programming Department and during my stay we at the station we added just about 108 hours a week of Traditional Country, Bluegrass and Americana music. The annual budget also grew from $20K to almost $200K. After 9/11 the company I worked for disappeared, literately so I decided that after having over 75 artists stop by to stay in my home over the previous 6 years, all of which were broke, I decided to help.
While there I had the pleasure of bringing on to the staff, some important names in Americana music. “Big Kev” Ploghoft, R W Shamy (Twangcast) , Rich Evans (Bluegrass DJ) "Torchie Blaine" , Russ Hunsberger, 'Mr.Ed" Kilker and discovering some incredibly talented artists including Moot Davis.
Currently we are still involved with the Americana music scene:
Partner of E-Magazine "The Daily Ripple"  a social change news, music and ideas magazine. Its focus is on alternative news, socially active music and ideas that create "Ripples" of positive change. June 2011 - current
Morning Drive Host of "The Last Chance Medicine Show"- Allentown.Bethlehem- 16 hours weekly Americana show WLVR is a full time Roots Rock/ Americana Music station. An important feature on the show is "The Morning Roll Call" the daily reading of the military casualty reports  Nov 09-current
Board of Directors Americana Music Association-- With the highest number of nomination to date to be placed on the ballot. Fred Boenig was elected by the members for the At-Large seat on the board. After the death of his son, Fred did not run for election for a second term. Currently our partner Bob Benckert is Treasure of the AMA
Owner of Artist Development Co Op-- Created with Bill Hurley and Danny McCloskey, a co operative of top industry personnel that has been down sized from the record industry and are valuable resources for Independent Roots Americana artists. The co op provides the best record of success in the Americana format for charting indie artists in the Top 40. We provide access to distribution, internet development and promotion, e commerce, video development, film placement, tour support and publicity. 07- 10
Partner in the E magazine "TheAlternateRoot.com "--A web based virtual Roots Americana Music magazine with unique features including audio interviews and videos from artist such as Billy Bob Thornton, Buddy Miller, Allison Moore and Buck Jones. This magazine is a Quartly Hard Copy magazine. 07-current
Partner in "The Alternate Root TV "- A web based video TV channel, featuring Roots Americana Music videos and interviews, currently developing a weekly show for 64 Cable Access channels nationally.
Partner in "ADC Film"- A Roots Americana Music video film production company co owner with Bill Hurley
Co-Host of Morning Drive Time Roots programming on WXLV- Allentown- 20 hours weekly Americana show WXLV is a full time Roots Americana Music station. Sept 06-Sep 09
Host of "This Outlaw Thing" on WLVR Allentown--four hour weeklyRoots Americana Musicshow. 05-current
Host of "Broken hearts and Auto Parts" on WMUH Allentown--two hour weekly Americana show. 04-07
Co-Producer of "The Living Room Series" and "It's Motel Time Again" with WXLV Americana Music Director Big Kev-- a syndicated live performance and interview show with guests that include BR549, Buddy Miller, Ray Wylie Hubbard, Rodney Crowell. Matt Angus, Alicea Nugent, Tom Gillam, Hacienda Brothers, Dan Penn, James Hunter, Dave Insley and Hayes Carll. All performances recorded in my Emmaus PA living room. We are currently broadcasting world wide through Air Play Direct Syndication of this show from 05-current
Some other things we’ve done: 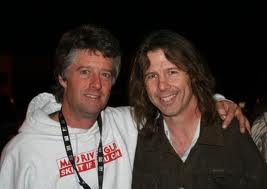 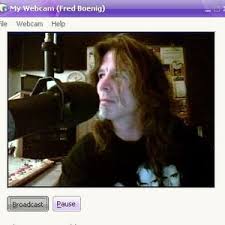 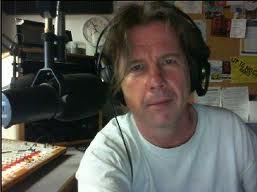 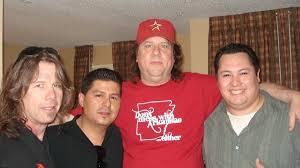 Military cars pulled up to his house and informed him that his 19-year-old son, Airman 1st Class Austin Harper Gates Benson, 19, of Hellertown, had died in Torkham, Khyber, Afghanistan.

Benson was a 2008 graduate of Saucon Valley High School where he was voted “Most Likely to Change the World” by peers, according to his father.

Boenig would soon find out that his son wasn’t killed in combat, but from a self-inflicted gunshot.

“That’s when the carnival ride starts,” Boenig says of the emotions and chain of events that started after hearing the news.

The next morning, he didn’t know where to land or how to go on, so he did the only thing he knew to do. He went on the air and did his morning radio show as usual.

"The Last Chance Medicine Show" still went on as it does every Monday through Wednesday and Saturday morning from 6 to 10 o’clock on WLVR, the Community Public Radio station at Lehigh University in Bethlehem. The show is a mixture of Americana rock and whatever else Boenig feels in the mood to play, sometimes including selections by Matthew Sweet and even Marilyn Monroe.

Boenig freely voices his knowledge and opinions on social and political topics that can range from light-hearted to serious.

“When my son died, I went on the air the next day, crying for two weeks,” Boenig says. He says while his bosses told him to take time off, they knew he needed to do what he needed to do. “They’ve always been really supportive.” One morning, not long after his son had passed, while researching news to be read on his show, he came across the daily casualty report from the Department of Defense. He decided to read the names on the air.

“It happened one morning when I was just looking for news,” he says. "I saw three names showed up one day. It was a Saturday morning so I read them. Sunday, I decided to read them again, the next set that were there. By the time I had read the names on Tuesday I figured I’d better ask if it was OK. “

He says his supervisor agreed to let him do it as long as he did so in a professional way.

The roll call begins at 7 a.m. sharp each day DJ Chance Austin is on the air, with a cadence. He reads the names over a music bed of "Amazing Grace." After the names are read, he plays taps.

He says the names were difficult to read at first, and sometimes he couldn’t make it through without crying. He says it has gotten easier, but there are times he does get tripped up, especially when he comes across a soldier whose cause of death is noted as noncombat related.

Boenig is also involved with programs that address post traumatic stress disorder in soldiers once they return from combat.

“When all these kids come home, there are issues,” he says. “You get wounded. You get blown apart. You lose legs. Your body is 80 percent burned. These people are really hurt. “

He is helping to promote a concert with musician JD Malone and the Experts at Veterans Sanctuary in Allentown, a facility offering specialized care to soldiers. The show is scheduled for 7 p.m. on Veterans Day (Nov. 11) and is open to the public. The performance is free, but donations are encouraged.

“It’s not about me,” Boenig says of the radio show and his volunteer work. “It’s about what’s going on.”

Boenig, currently living in Emmaus, continues to advocate for soldiers and veterans while staying informed of war events. He reaches out to other parents and people in the military that have to deal with casualties and deaths of people in the armed services.

While Boenig doesn't know whether or not reading the names every day is helping with his personal healing process, he wants to help other families and possibly prevent one more person from suffering. He feels very strongly about the young people that are being killed and injured at such a young age.